Reader:  for a background on the decision to change our project’s original approach into the direct supply of water sterilizers to Iraqi hospitals, please check the preceding entry dated 18 Dec 2006.  Details about the sterilizer we employ and means of delivery are contained there also.

At that writing we had successfully delivered our first Sterilight unit to a hospital at al-Qaim, a city of Anbar province heavily damaged by American military action in 2005.  Since that first shipment we have sent Sterilights to the following cities:  Falluja (to the General Hospital which became the first seized and occupied target in the US attack on the city in November 2004), Ramadi, Haditha, Samarra and Diwaniya.  Except for the last, each of these cities will be familiar to anyone who follows news reports of our country’s calamitous invasion of Iraq.  Diwaniya was chosen in response to an article in the Independent that described the extreme conditions prevailing at Diwaniya’s hospitals and throughout Iraq.  At present we have additional units on the way to two Baghdad hospitals: al-Mansour Pediatric, a clinic visited by Veterans for Peace delegations in the past when such things were still possible, and al-Nouman hospital in Adhamiya, the Baghdad neighborhood now enjoying its new status as an American experimental mass prison camp.

As before, two major impediments stand in the way of our work.  The first is financial limitation, like any other NGO (and, reader, we fling ourselves upon your conscience to help us overcome and prevail).  The other is transportation.  It is one thing to purchase the sterilizer, quite another to get it to destination.  Even the process of finding a trustworthy clinician to work with can be sticky.  Our Iraqi engineer friend in Amman Faiza (see preceding article) does all the heavy lifting for us in this regard.  In the case of more than one hospital, the person she originally made arrangements with either disappeared---possibly killed---or fled the country before delivery was complete, and another doctor had to be found.  Add to this the difficulty involved in transport itself:  the first units were sent in hired car to Baghdad over Iraq’s treacherous and unpredictable highway network---or what remains of it.  Doctors from the hospitals then took their own chances getting into and out of Baghdad with the sterilizers.  Later it became possible to airfreight the units to Iraqi airports, which eliminates some of the overland difficulties, but presents its own set of problems.  The cost, for example, is wildly unpredictable, depending on day by day security assessments, and that trend is, unlike the price, consistently downward. A totally modern internetted baksheesh arrangement may be concealed within all of it, as well.  This is the gratifying face of our new liberated Iraq.  O Saddam Hussein, O George W. Bush, can we ever thank you magnificos enough?

Somehow, though, Faiza has found a way around all of it, and to this point we are successful.  In the interests of basic honest and my own immortal soul, I am compelled to mention the riskiness of these deliveries.  Quite frankly I am pleasantly surprised at our good fortune, as I expected something to miscarry along the way before now.  Anyone considering a donation to our project must understand that we cannot guarantee every unit we send will achieve its end.  But this war, entirely of our county’s making, militates a response such as we believe the Iraq Water Project provides.  It is a way citizens of the invading, occupying nation can pay a small personal reparation to the invaded and occupied.  Our risks are inconsequential.

Thank you for reading these paragraphs, and for any help you might feel inspired to offer.  We also want to thank once again our good friend Faiza al-Araji in Amman for her strenuous work in making all this happen.

We have some photographs of Sterilight units being installed at the al-Qaim and Falluja hospitals, which you can view here.

P.S.  Work at the Hamden Jissr water plant, funded by IWP in a previous campaign, is now reported complete.  We hope to have photos in the near future. 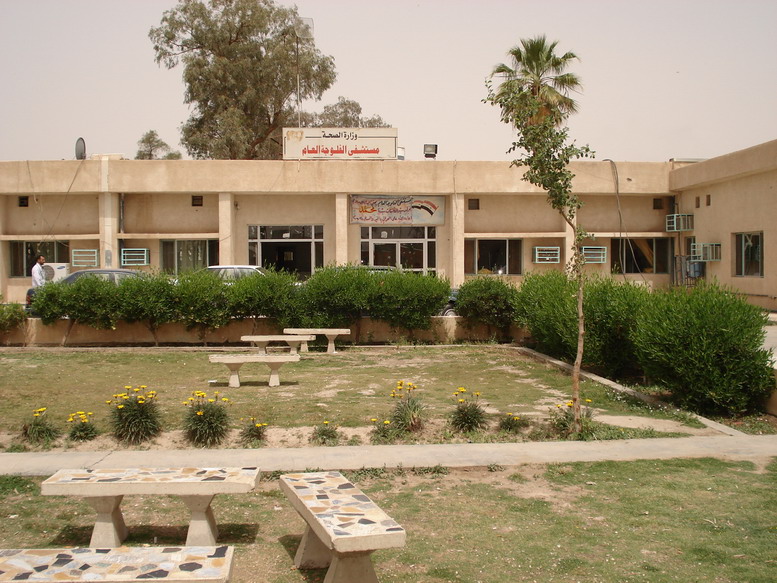 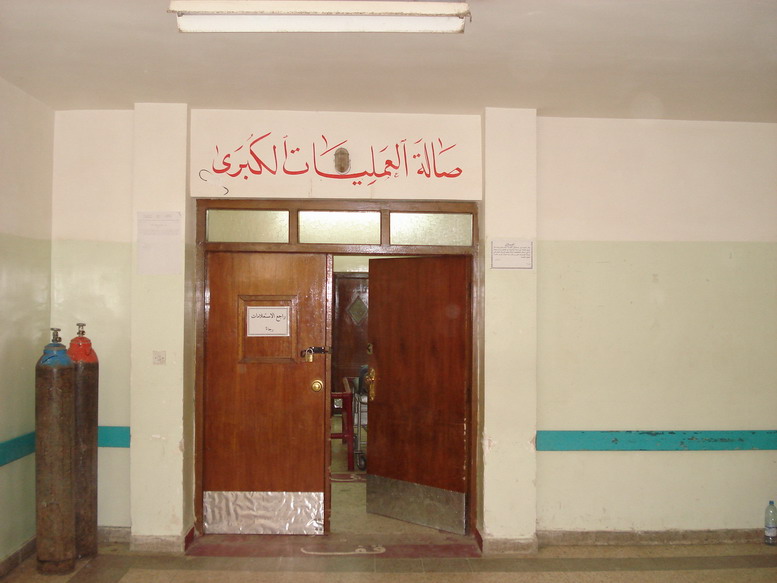 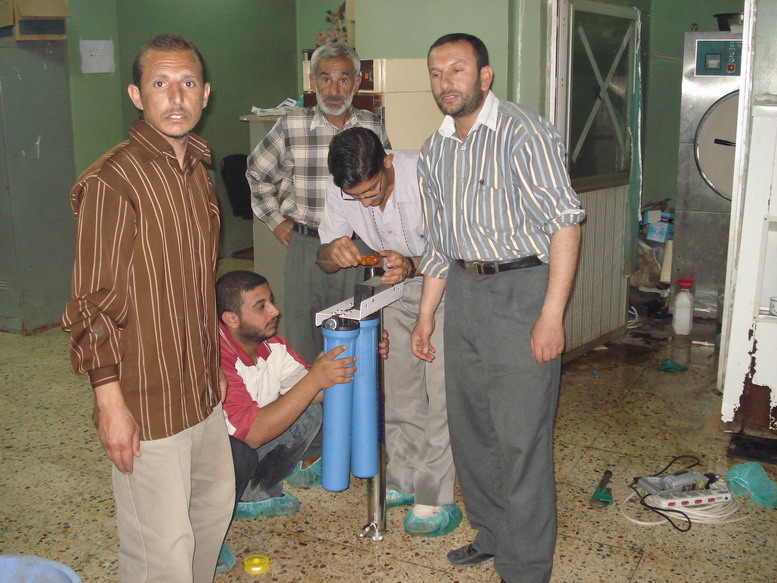 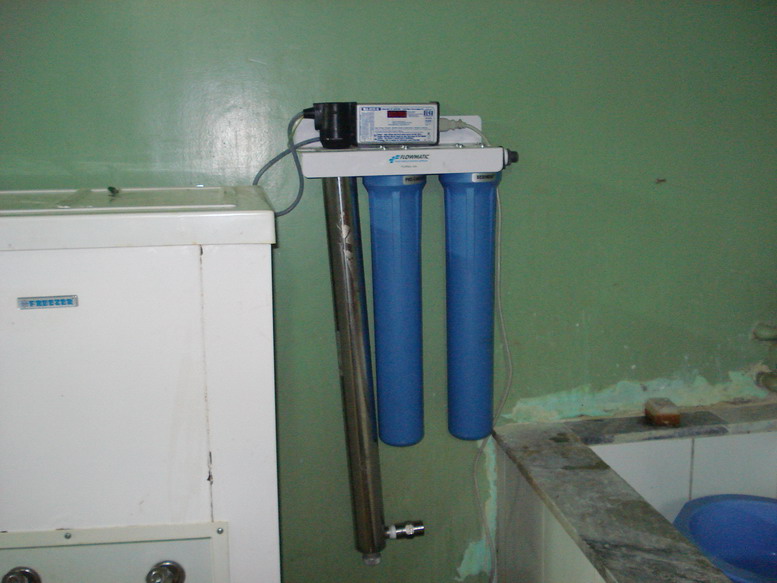 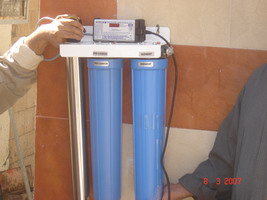 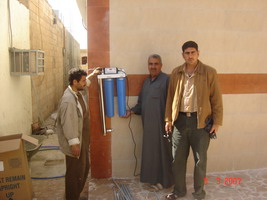